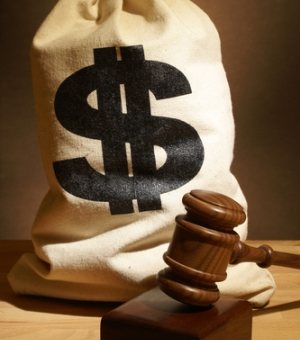 On October 31 the Supreme Court NJ adopted a new order to increase and create new filing fees. The order will go into effect on November 17. Documents that are received in person, electronically, or by mail after 4:30 p.m. on Friday, November 14 will be given a filing date of November 17 and be charged the new fees. The fees are expected to raise at least $42.1 million.  Twenty-two million will be used to implement and administer the pretrial services program, while $10.1 million will go toward creating the judiciary’s electronic filing system, and $10 million will be forwarded to Legal Services. The new rule 1:43 (“Filing and other Fees Established Pursuant to N.J.S.A 2B:1-7 and filing procedures”) provides a list of over 80 fees that have been either increased or newly created. In the area of family, one new fee was implemented, while four others were raised. Filing a divorce complaint will now cost $300 as opposed to $250, and the new post-disposition fee/motion in non-dissolution matters will be $25. Motions in dissolution matters and order to show cause were both increased from $30 to $50, while filing a first responsive pleading in a dissolution matter will be $175 instead of $135. The changes were proposed in September under the terms set by a new law enacted in August authorizing increases to fund a new system for assessing defendants for bail, a digital upgrade for the judiciary, and funding for Legal Services of New Jersey.Court fees were last revised in 2002.